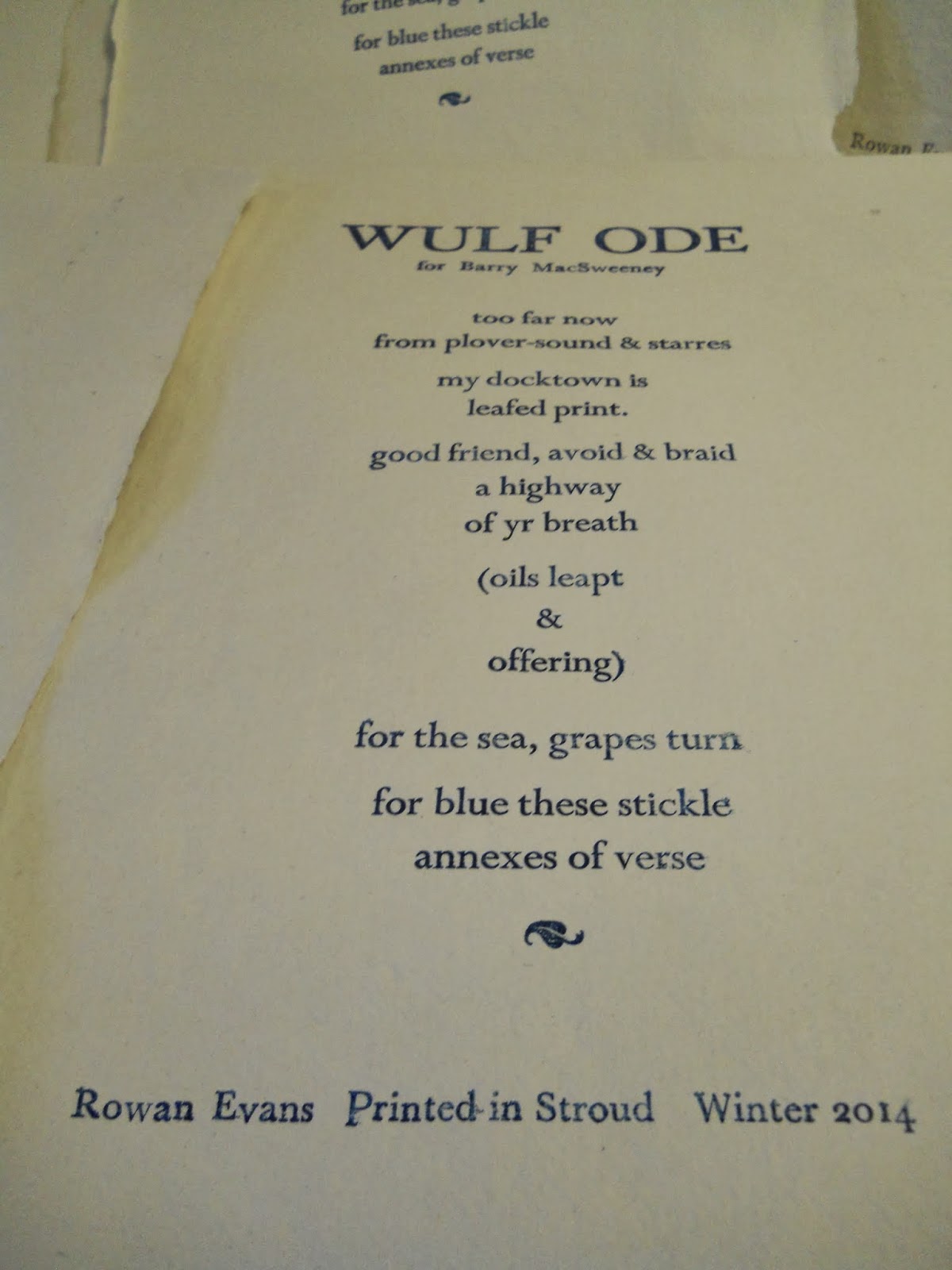 At one tip of a narrative that's been returning me to Stroud this Winter, I met Dennis Gould, poet, printer, anarchist pamphleteer. On Lawrence Ferlinghetti's 90th birthday, Dennis hand-set and printed one of Ferlinghetti's poems and sent it to him in San Francisco. He's done the same every year since. I like to think of this connection between a print workshop in rural Gloucestershire, land of Lee and Long, and the founder of City Lights Bookstore, over the Atlantic, ageing one year at a time. Dennis  kindly showed me round his workshop, and I returned a month later to set and print copies of my poem 'WULF ODE for Barry MacSweeney'. 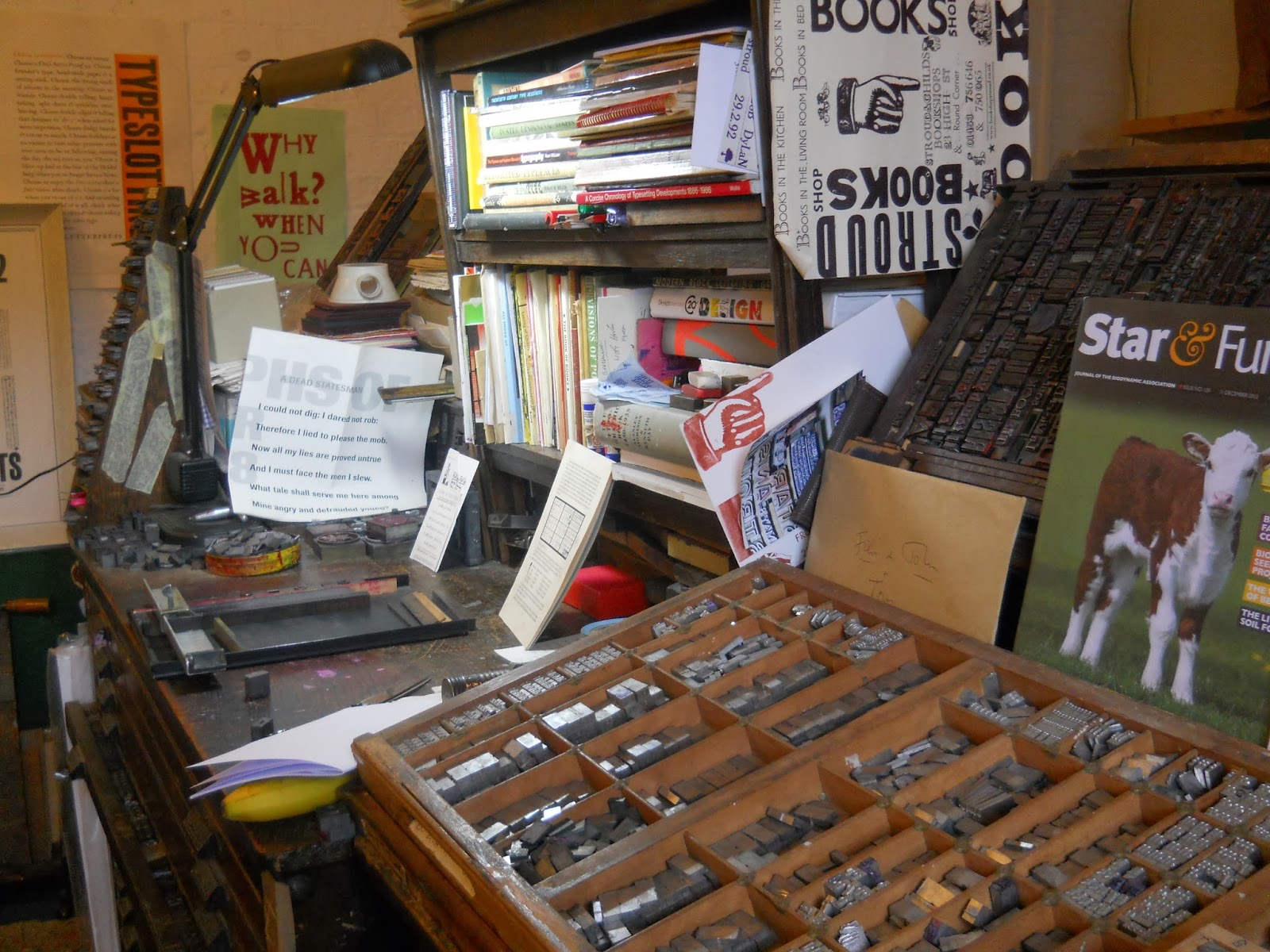 The workshop is a charged and special place. A smell of sweet inks, every surface is covered by large prints of poems and texts, coffers of lead, tools, paper. There's a huge collection of type: heavy drawers of Gill, Baskerville, Verona and Perpetua up to 60pt, plus woodblock letters and stamps. The dusty hifi plays old jazz cassettes or Bob Dylan, whose words spell out in lines across the walls in Dennis's prints, tangled up in blue ink. 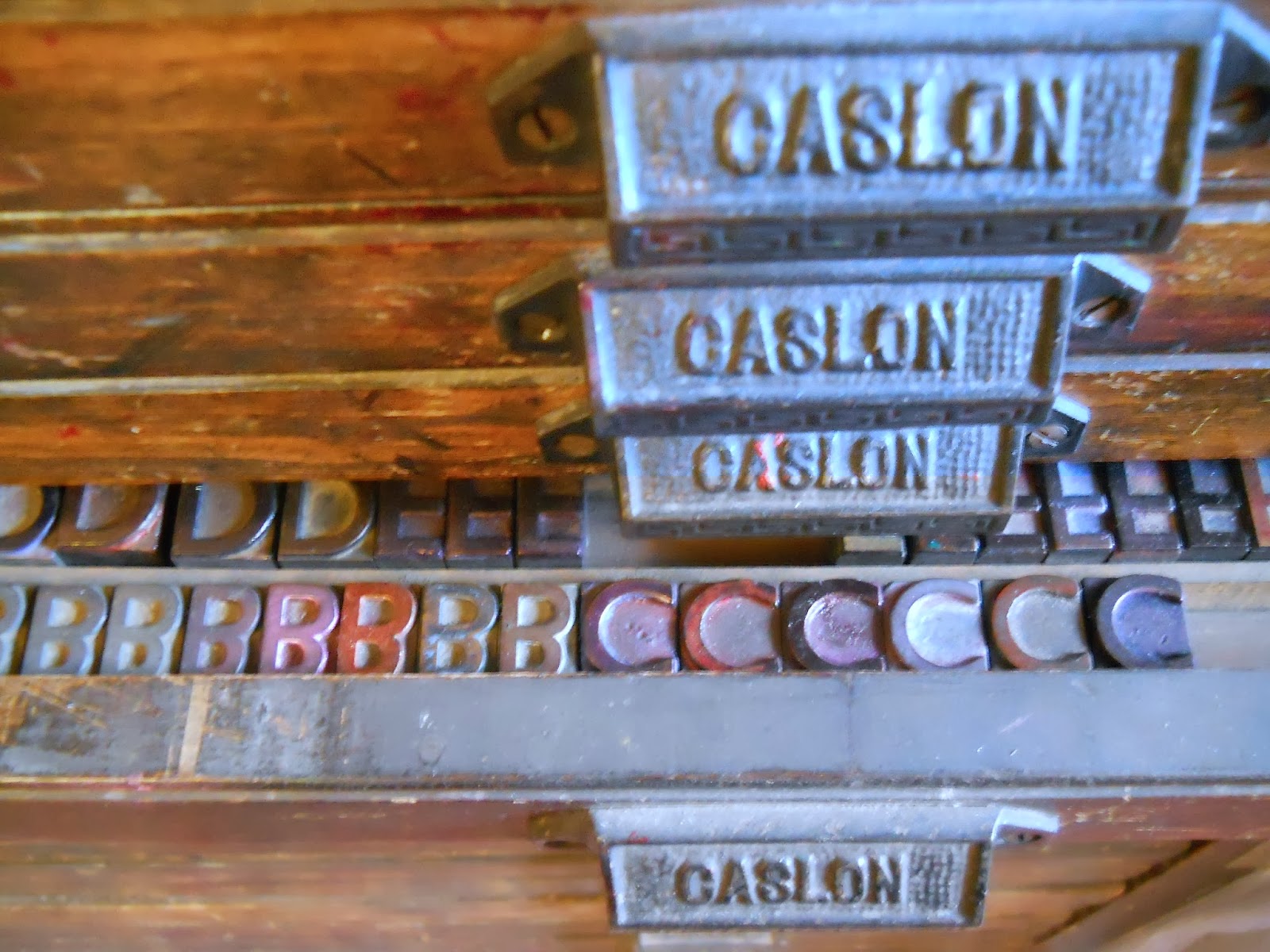 In Charles Olson's Projective Verse, the poem is 'at all points, a high-energy construct and, at all points, an energy-discharge'. The form of a line transfers energy into the field of the page, while this field is an active space that exerts itself upon the poem. Hand-setting lead type, the page-space reasserts its physical engineering. The blanks are as laboured as the text. Every gap between letters and punctuation has to be filled with spacers and the distance between lines made with lead or wooden strips, while the lines themselves are hemmed in on either side by muttons, nuts and quads. The whole flexing thing is held in place by tightened quoins, with tiny lead shavings forced in at the margin if a loose line's contour continues to buckle. Kinetic energy exerted on a letter shifts its position. What shows as a 'blank' area on the printed page is in fact the quiet machine of space. 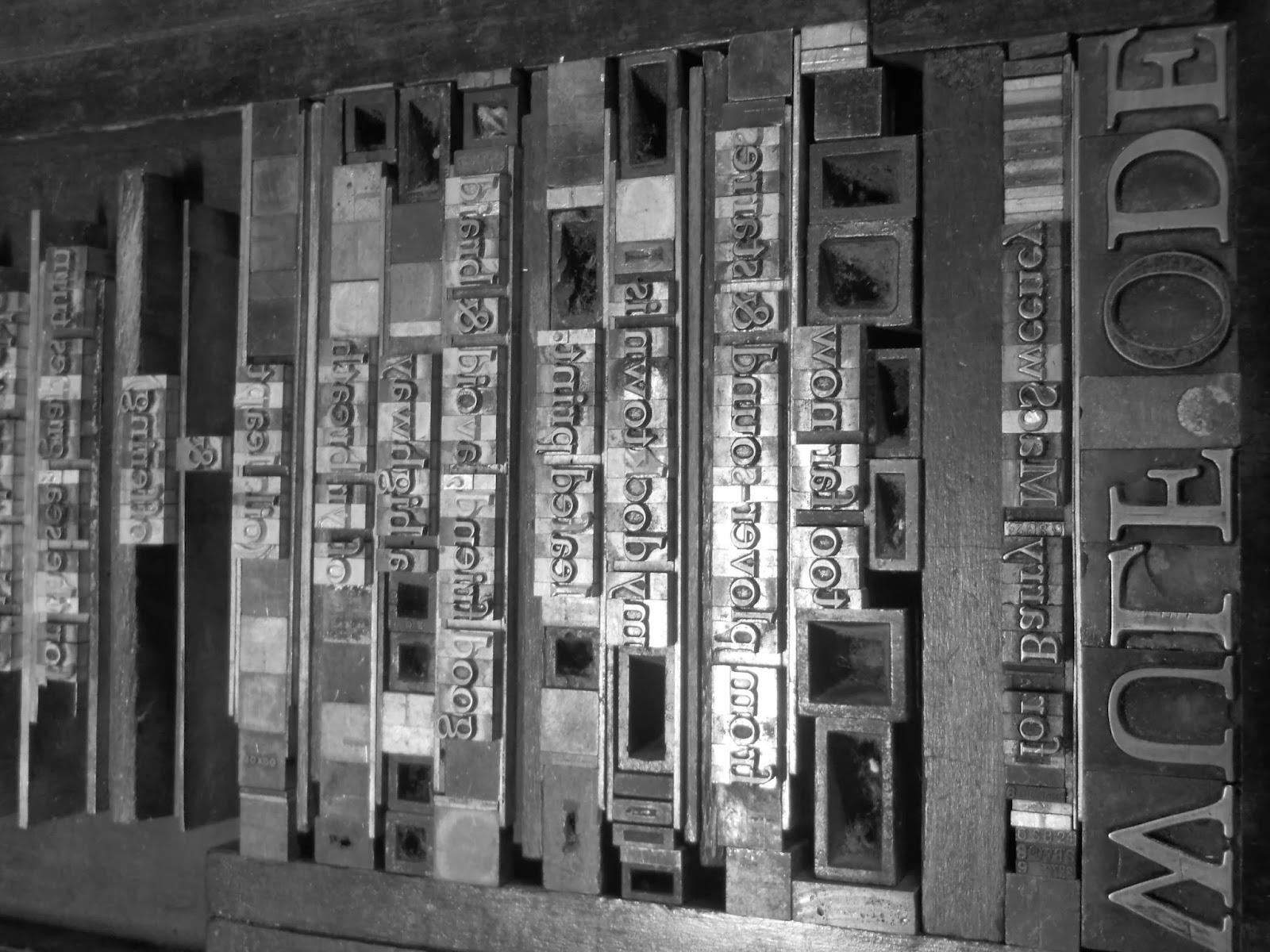 I printed 20 or so copies of 'WULF ODE' onto Khadi handmade paper using a Farley proof press. As new mistakes and contingencies arose, I continued to learn. Writing returned to the provenance of the body as eye and hand took over; poet as 'shaper', as scop. The poem was written at a time when I was reading Barry Macsweeney's Odes (first published in 1978), poems which, in turn, formally recall the centre-spined mantras of Michael McClure. As I was clearing up, a friend of Dennis's wandered into the workshop to see what I was up to, and told me he had known MacSweeney.

A limited number of prints will be for sale on request; much of Dennis's work can be bought from his bookstall. Many thanks to Dennis and to the good people of Stroud.